Skip to content
Calvin Klein makes a classy selection of craftily made watches. The Swiss 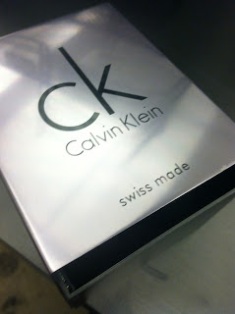 pieces are mostly stainless steel but come in a variety of size and styles to suit the angry teen to the angry old man with the fabulous diva sitting pretty right in between. Some of the watches are really classy and artistic, like the Calvin Klein “Ray” Watch.  Although I did scoop this bad girl up, I’ve been looking for a watch I can throw on at anytime.  My department at work produces all the advertising and packaging for Calvin Klein. Any box, bag, poster or billboard or commercial you see comes from the people in my office. If we’re lucky, samples come around. I posted some photos on my Instagram yesterday, so thought I’d share my finds in full. That said, my watch collection just got a decent upgrade.
Before I started looking into watches, I had no idea of what one cost. Watches are supposed to be part of a “collection” so you should be willing to spend a little bit of change to get a true collection started. A good watch should last you forever, you kinda want to hand these things down. I rarely know what I’ve picked up, but when I can, I Google it to see the worth. It’s not that the worth defines a product, the the price gives you an idea of the esteem and class of the product (or at least what the producers think the value is).  I think it’s brilliant of a company to give its employees things, so that we can tell the public about the product. These aren’t the first watches I’ve gotten (I’ve also bought some at sample sales) but I really do love them. They’re just well made and presentable. The name Calvin Klein is both ordinary American and high-end depending on who’s checking. So… I just recommend a Calvin watch if you’re in the market. Something new *shrugs* Check out the goodies I scored. 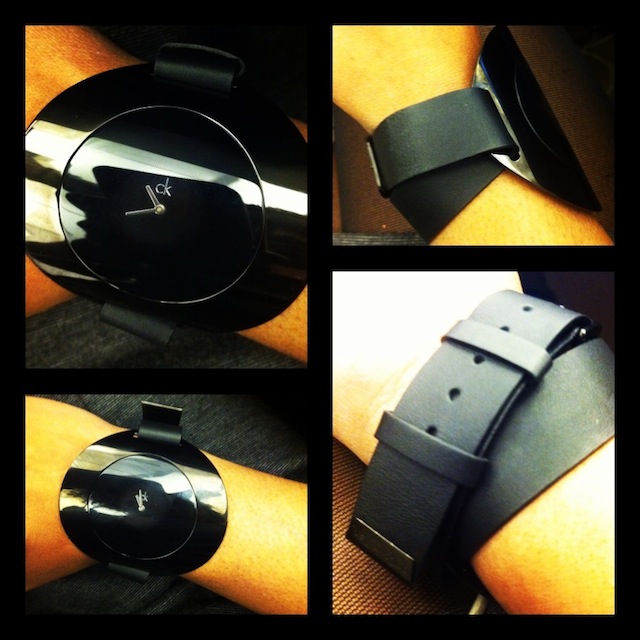 When I first picked the “Ray” up, I thought it was far too large, but it’s just super bold. The way it straps around your write makes you feel like a superhero. As if, either spiderwebs or lasers should shoot out. Still, it does make me feel like a superhero, probably because of the all black everything appeal.  The watch actually comes in two other versions; chrome with black and chrome with blue.  I prefer the all-black version because it make the watch look super-sleek, and there’s less differentiation between the face of the watch, the dial and the hardware. The dial and hands are super small, but translate to chic on the black surface. 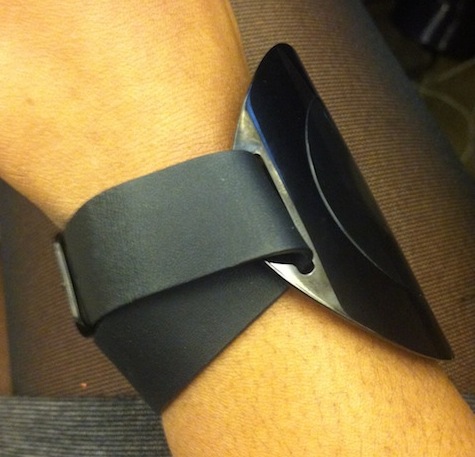 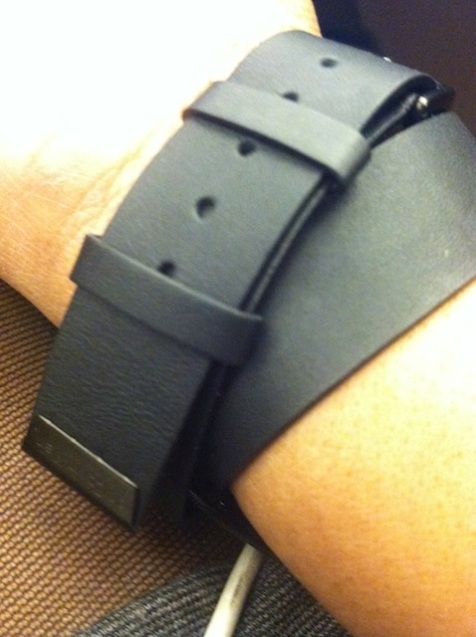 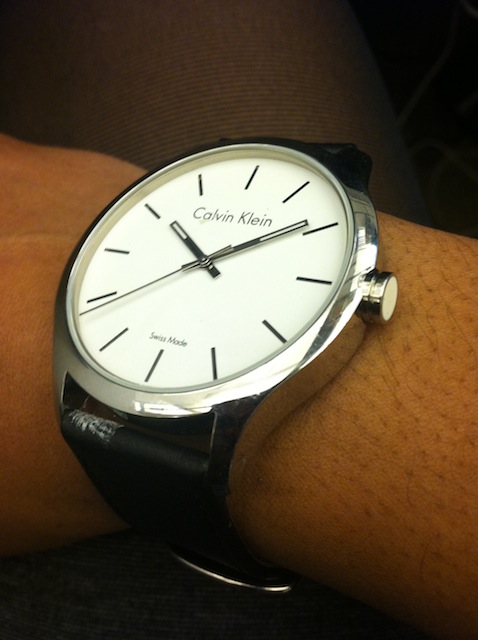 Men’s watches are always a little pricier than women’s. I couldn’t find the exact watch online, but there are similar ones listed below. I’m assuming this is a men’s watch, not because of the large face, but because of the large straps. I picked this watch up for 2 reasons: I wanted an over-sized watch, and this one is so simple, I could wear it with anything –Think, fresh in my white tee. As simple as this timepiece is, I think this it’s a fabulous accessory piece for a suit because it’s not gaudy and doesn’t ask for too much attention. Still, the “Calvin Klein” is large enough to be seen and leave a classy impression. It’s also going to be amazing to pair this with wild outfits. The simplicity of the piece will mesh well with a bold outfit. As for the over-sized face, I like a masculine look sometimes, especially if you’re dressed down. An over-sized watch on a female simply stands out. Frankly, I think it makes you wonder whether or not it’s hers. Either way, you consider her ballsy for wearing it. So.. why not? *shrugs* I think every woman needs at least one over-sized watch in her collection, and the easiest way to find one is simply to find a men’s watch you like 🙂 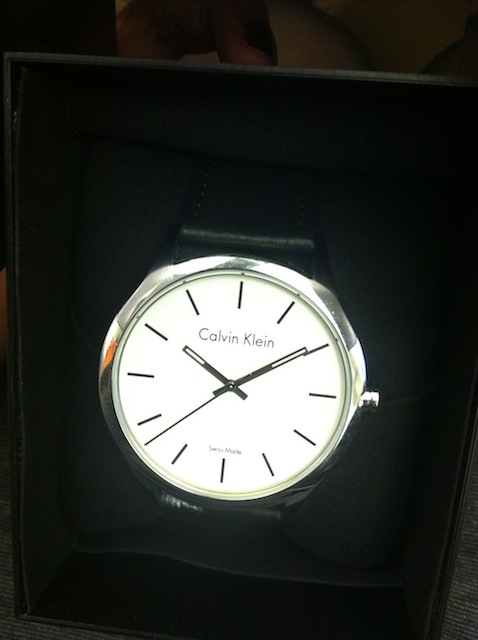 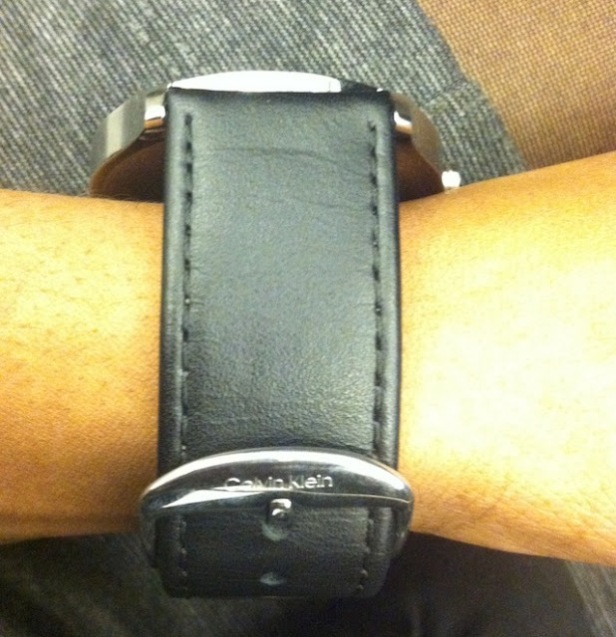 I know very well that beggars cannot be choosers, but I love this watch in all-silver.  Mine is silver with a blue face, but it also comes in silver with a black face. My favorite thing about this design is the clasp –this watch is not coming off. The clasp makes the design sleek and refined, making the watch double as a bracelet. It’s actually also very lightweight. Also I do think the black and full-silver are classier than the blue, I like mine because I can easily dress it down. I think this is a good watch for a casual, jeans day. 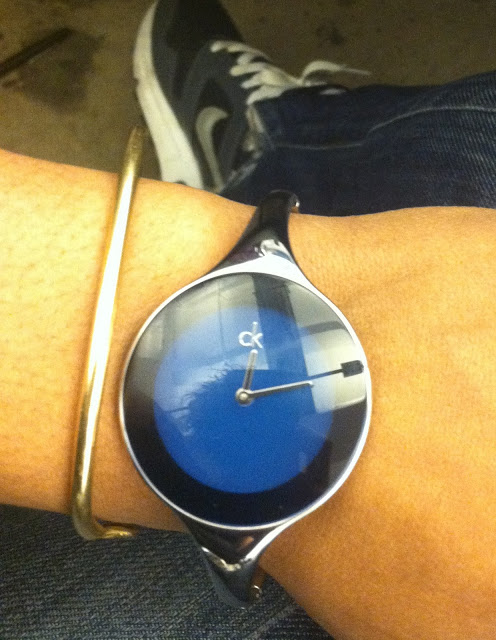 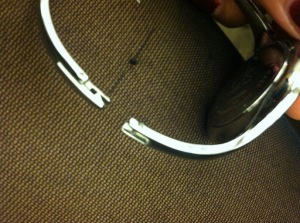 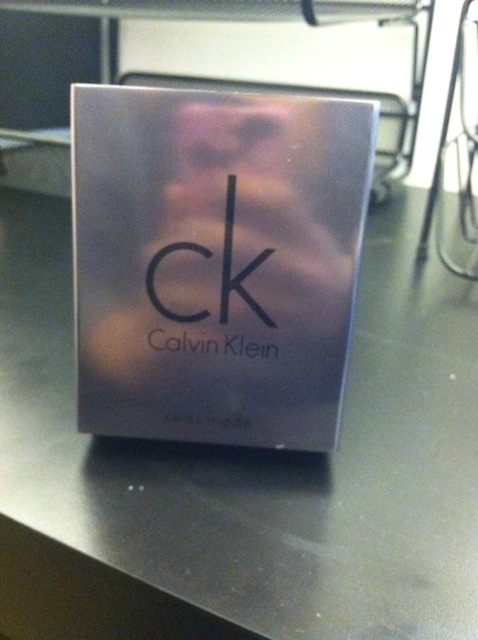 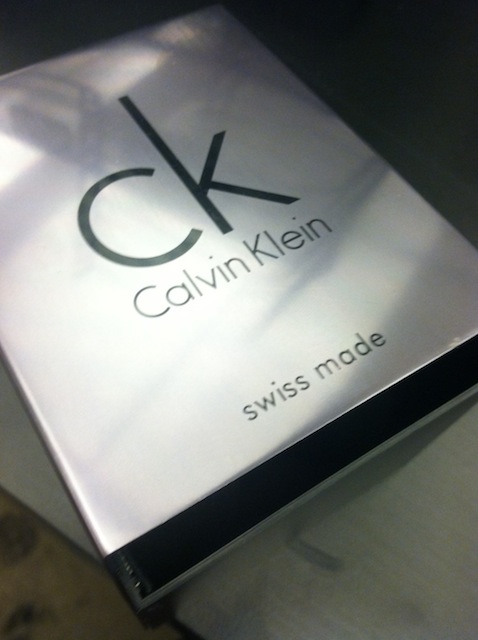