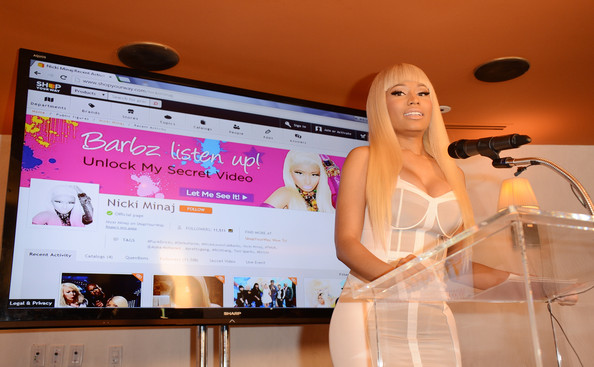 I wish everyone many blessings & this latest partnership will probably be a decent  money-maker for Nicki Minaj. Still… I’m just a little confused as to what she thinks her “image” is. In the interview below, she confirms that the K-Mart line will be “a true representation” of her personal style. I guess K-Mart has to be is somebody’s style.
Now, I’m a regular little girl from nothing so we have to admit what K-Mart really is: Cheap. Cheaper than Wal-mart, even. It’s where I get Duchess’s dog food, toys for kids and gift wrapping paper. Not to say you can’t get a quick tank top from there, but an entire outfit? On purpose? To wear where? I mean… I just don’t know what the ultimate goal of this project and/or the longevity.  K-Mart doesn’t necessarily say “quality” or “prestige” but I suppose Nicki and everything she’s involved with don’t either –or that’s not her concern. Nicki is a very now artist. She obviously doesn’t want to be a “designer” so I can’t expect her to have those expectations of herself. She’s admittedly here for the money so I respect the grind. Still, when she speaks on having style and so-forth, I can’t say I’d take her word for it. Especially not after this match-up. I guess there’s Nicki, then there’s K-Mart Nicki.
What’s the difference between hatin & telling the truth? I’m really just trying to understand her career move. With this one I wonder how long Nicki plans to stay around –and how long the public will allow her to. And what the final verdict/public opinion of her will be. Is this where you just try to get it where you can? I’m a normal person & don’t understand the politics but, from a business mind, you’ve got to make the best move: either there were no other offers or this was the best one. People calculate your worth by your relationships. Every move you make today affects tomorrow. This just isn’t one I expected. Speaking of expectations, I always expect to see people wear pieces from their line when talking about it.*shrugs* Just shows me how much they really like it. Don’t think the dress she wore was one, but I wonder if she’ll wear the stuff.
Still… as a Kim  fan, I just gotta say… damn… it must feel good to pay less. Make that money, tho.
I will say, though…  I like the blonde a lot better on her.
Photos from TheYBF.com 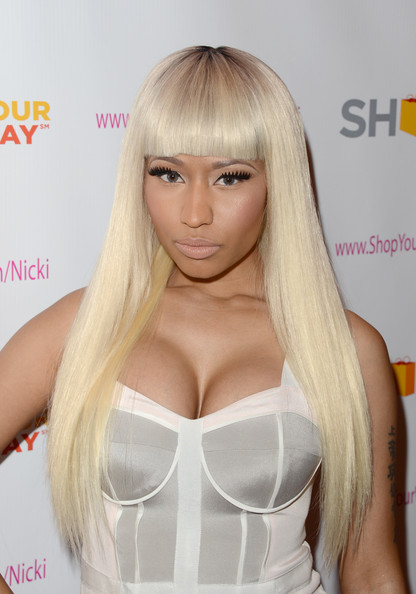 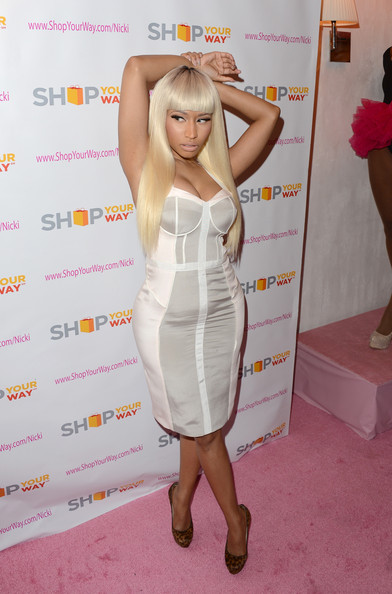 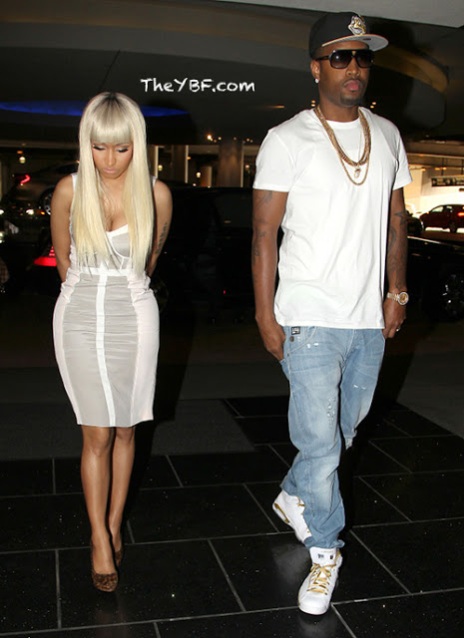