I was honored to shoot with photographer David Smith using a technique called “light painting” –which is both as simple and difficult as you’d imagine.
I showed up and the first thing David said was “Bad news. There’s a black out.” Now, I don’t typically make dumbs moves, but after assessing the actual situation, everything was working in my favor.  David employs light photography which requires a pitch black room. The camera is set up on a tripod and adjusted so that it has a long exposure –meaning, everything that happens while the lens is open, is captured. Before each shot, we’d have to decide what the post would be. If you’re a yoga, guru, this is fantastic. But, with this being my second shot, we worked with what I can do (lol).  The model poses and David clicks his camera. With different colored flashlights/laser-pointers, he draws. Whatever the light illuminates shows on the camera. It’s kind of like a still film.
The hardest part about this shot was not being awkward while being nude (yup) in the freezing cold, in a deserted building, in a black out. I wouldn’t tell any girl to follow in my steps, but I was comfortable and keep a blade on my waist #FuckWitMe. lmao. Between shots, I’d run and go put on my robe! Maybe this isn’t the most professional, but hey *shrugs* I enjoyed this shoot, though, because it wasn’t raunchy or grotesque. The purpose of my nudity was so that my body could be the centerpiece of the art. I was able to be beautiful without being overly sexy –which turns me off, personally. He also let me pick poses and shots that were to my taste. I mean, I love my body, but I’m not a spread eagle kinda girl. He’s very considerate about what you can/cannot post and even has separate accounts to help with security and comfort.
As David and I spoke about his mission, he wants to shoot all types of bodies, no matter what it looks like to show their inherent beauty —ahhhhh humanity!! As a 5’2 woman, I sometimes face the difficulties of not looking like a “model”. But really, a model is whoever will pose for the shot. We’ve got to get over what people think we’re supposed to look like and be beautiful as ourselves. The photo-shoot was certainly a test of my patience as well as my personal pride and confidence, but David said he enjoyed working with me and I’d certainly work with him again. It was an amazing experience.
It thought it was all ridiculously fabulous. What do you think?
Check David out on Model Mayhem! CLICK HERE. 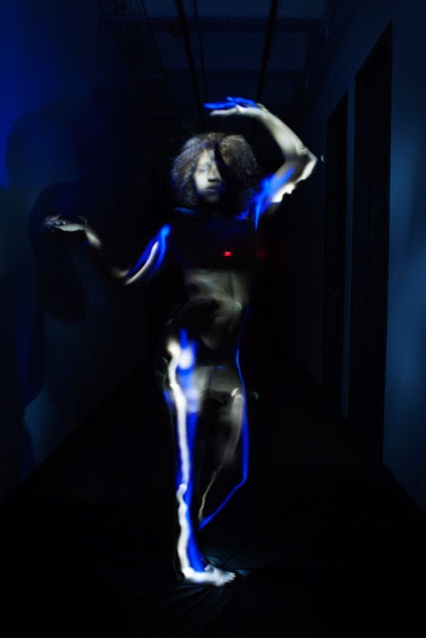