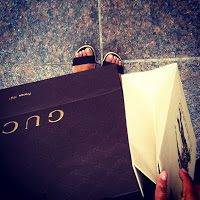 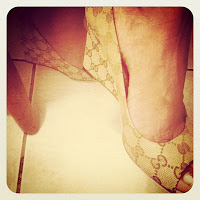 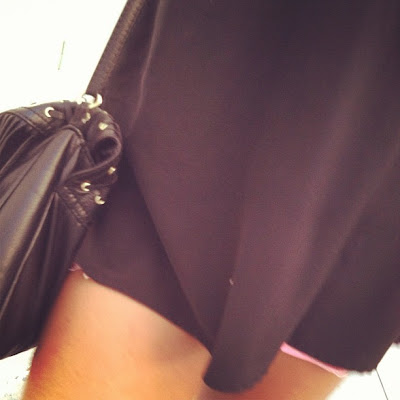 I interviewed H yesterday. (Working on that post now, it’ll  be up soon. This is the time it blows to have a MAC and not a PC.) I am so happy with the outcome. I feel like he was… comfortable and that was my main goal. I interview because… I know how. But, my goal is to cut out all the phony bullshit. To get into real conversation. & to avoid drama. I want people to be able to say what they need to say. What they want to say. I don’t want to put words into anyones mouth nor dig for topics to cause controversy for a little bit of excitement. I want to us to learn to appreciate people as individuals and see the beauty in each of them. It ain’t all about beef out here. We’ve gotta give people more credit. Some people are brilliant and  simply need the venue and opportunity to say what they feel needs to be said. Quite honestly,  H is my first official interview (although, there shall be a part two when he’s finished with HBO vol. 1) as he was my first official review. You see, when someone gives you all of themselves, it’s easy to support them –you can have faith that your faith isn’t in vain (which is why I never got fully on #TeamLebron but congrats to him). I’ve had conversations with other people, but it just seems like so many people are walking around doing what they think they should be doing as opposed to what they want  to be doing. Whole time forgetting that the corazón is what brings you home. When people love what they love it makes me love what they love. It’s easier to work when it’s all love.

You should give all of yourself to your craft. 1000%. That’s the only way to do as best as you can. And very honestly, I love this blog shit a lot more than the poetry. Maybe. I don’t know. I like anything that has anything to do with words. I’ll write anything. Anything. If I can’t have anything else in this world, Just give me a pencils and paper. I’ll write anything.  I like rhyming because it’s fun. But with this blog –with prose– words get to flow quite literally. I escape confines here. It’s my sanctuary. I have no time limits nor obligations. Whenever you stop reading, I really don’t give a fuck. This space is for me. I really do love this shit. I think rhyming is fun, though. always have. Every once in a while, I got up the nerve to read/perform for a loving crowd or (more rarely) for one or two smooth bars in cyphers but… being a female is tough. Most times, we’re neither expected to nor allowed to say much. For me though, most people I’ve witnessed were too weak to stress myself to impress. & I was young, I still am. It’s women who have things to say, not girls. I’m learning. I’m working. If I’m going to stress out to be in a cypher, it’s going to be when I’m ready for it. As a female, it’s twice as hard to prove your intelligence and aptitude to men. They test you just to see if you can take it. If you can hang. If you can be one of them. & that’s the difference. In order to rhyme the way it should be done, you’ve got to let go of all the silly shit. Too many females (and now it’s drifting over to the men, but I suppose it always has) put on outfits and create a persona they’ll think will sell. The lose themselves and stop paying attention to what they’re saying and are only concerned about what they look like. So… I never really rhymed like that. I don’t really like to be watched. I’m too me. I’m not sure if the world can take it. For that reason, I’ve spent the past years laying my scribe peacefully within the lines of the dozens of notebooks I keep stashed any place I call home.

More than anything (corny as you want to call it and I couldn’t give a fuck less) I love hip-hop for what it is. It raised me. When I no longer had my brother, that’s all I had. In far too many levels for me to explain in detail here, but in 06, the year my brother passed, Jay dropped Kingdom Come and “came out of retirement”. Blasphemous as it might be, I was restored. But the Hip-Hop, in it’s truth –its roots — is passionate and brutal. It’s honest. It’s nothing but feelings. Its cathartic. It’s rebellious and uplifting. And it’s taxing. Hip-Hop expects the whole you from you. The genre puts you to a test. Are you real or what? Can you take it? Nicki Minaj refused Summer Jam’s stage and Azelea Banks is officially “not a rapper” and has, as BET put it, quit Hip-Hop. I’ve never been so ashamed to part of a group of people less willing to be themselves. So here is where I come in: Super Ella. No one wants Hip-Hop anymore? Once they’ve got what they need from you, they’ll kill you and leave you for dead.

Don’t trust anyone. Everybody’s a fuckin phony.
So with the videos/songs thing… fuck it. *shrugs*
I’m Ella4Presidents and I don’t give a fuck.

If you enjoy me, you enjoy me. If not, fuck it. Twice. The thing is, I enjoy it. & recording myself helps me memorize. And allows me to hear myself. It’s weird hearing what you sound like. Even more bizarre trying to adjust that. Part of me wishes I could just know how to play this damned guitar and rock out 24/7. I wish people would enjoy me that much. That I could sit in a room and jam & they’d just be happy to be in that room with me & my art… there it is. That’s the truth. Allowing yourself to be yourself –and understanding the value of that– is the only way to find it.  Say what your heart feels. Trust yourself. You shouldn’t say anything you don’t believe 1000%, anyhow. We should hold more people accountable for the things that come out of their mouths. Perhaps that would filter some of the bullshit out of this world. Perhaps.
Nos Vemos,
ELLA