Every time I get one of these promo requests I get weary. Some might call me crazy in my willingness to travel anywhere the MTA will take me for an interview with… Anyone. Everyone deserves to be heard. & you never know who someone might be in 5-10 years. On my way to this one, I just so happen to see a guy with an “I f*cking hate rappers,” sticker on his iPad. I suppose in a world full of haters, the game needs one ally. Ella to the rescue, huh?
I met Devyne at Red Eye Group‘s Open Mic Monday. It’s truly a fab event littered with ambitious individuals. You’re guaranteed to leave that event inspired and connected –both to yourself and others. It’s a sharing of information. Over candlelight, Bailey’s and raging Hip-Hop (<3 ❤ <3), I struggled to hear most of what Devyne said to me. I mean it was heaven to me & I had to keep reminding myself I was there on business.  I remember something about him producing and his ability to “make people sound good” as he nonchalantly described it to me. We talked a bit more about music. I can’t remember the specifics but I remember noting his honesty. He was genuine. Whereas others’ approach that night was hasty or… Thirsty… Devyne was professional. He gave me his card and subsequently followed me on Twitter. Or I could be mistaken and mixed up people the way things happen when I chase Bailey’s with moscato.. but hey *shrugs* From there… We get here.
I got off the train at some random stop in Brooklyn and waited for Devyne near what looked like warehouses. I’m not going to say I was scared, but I’ll say I was ready to fight him if I had to. Fortunately, I didn’t have to take him out. We walked to his studio. What I thought would be sketchy turned out to be a comfortable space full of nothing but genuine respect, passion and hospitality. Devyne walked me through how he got to where he is. Stories of past, present and future studios. He went through his label artist after artist. What remained constant in all his details was his determination to create and maintain positive relationships. Devyne’s goals– for his artists, his company and even his younger brother — are all positive. He works to make his artists comfortable and provide them the best quality management and product –same to the listeners. His loftiest goal remains a close reality –to host programs in Brooklyn for kids to explore their musical artistry. Overall, Devyne understands he worth of time and the importance of guidance. If he drilled that into my head in the hour I spent with him, I can only imagine how it’s assisted his artists. I could see, with my own two eyes, what it’s done for his brother, Desmond.
Being an artist is difficult. You’re not sure who to trust and the fine print seems to disappear and multiply upon return. A little like.. love? *shrugs*. Devyne answered all of my questions clearly, though. He was transparent. Now, I can’t say too much about him, but the aura of it all was correct –as were the particulars. He gave me 3 different contracts and explained them to me – in English. I appreciated that 😉 Devyne Enterprises stresses artist control over both your music and your money –I also appreciated that. The management company ensures that all parties are covered in the material they use and that the profit made is treated and divided fairly between all parties involved. As for start=up costs, Devyne  wants nothing more than to provide industry quality music/sound/whatever it is  and engineer actually does to music  at affordable prices. No need to go broke while you try to get rich!! 😉 There is a strong emphasis on promotion and how artists are introduced to the public. Devyne searches for new and innovative ways to get his artists names on the streets. Like this blog, for example 😉 Overall though, Devyne is a good guy. Trustworthy, I would say and very much a business man –anyone who deems 50 Cent a motivation understand the mechanics of promotion and money making.  Not to mention, the company seems to have good intentions. If you’re an artist or know someone looking to get into music, make sure you check out ItsDevyne.com/preview. You can also inquire about affordable studio time. Take a look at their website and artists. If nothing else, at least you’ll get some good new music to listen to!!
PS: I’ll have the audio from the interview up when I figure how to get if off my iPad -_-
Thanks for the interview, Devyne! I wish you & your team the best of luck in everything you do!
We’ll be in touch 😉
Xoxo
Ella 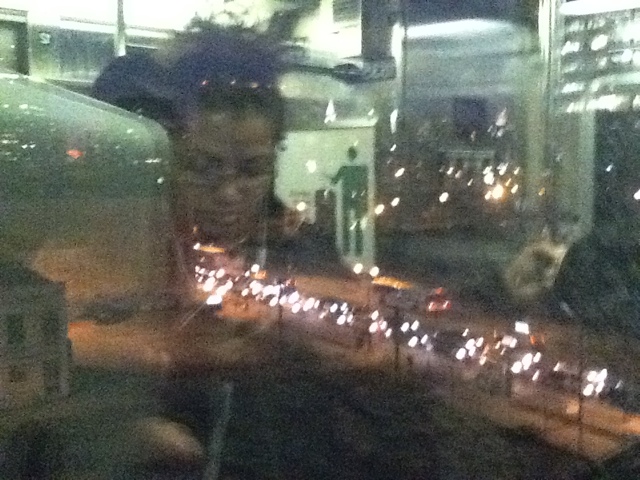