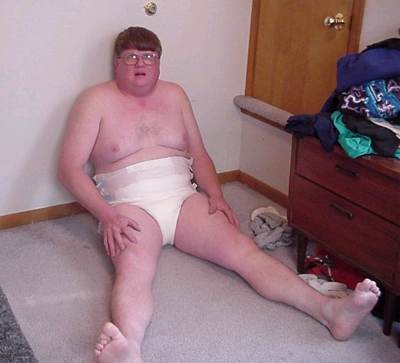 Fully employed, he says. Salaried, he adds on. Even has health insurance so we can go get checked up together. Spends so much cash & time I almost forgot he lives with his momma. Not to mention, he waits on women to buy his clothes & shoes & dress him. To top it off, he pee’s in cups when no one is looking.
Maybe it’s because he’s a nurse. Maybe he’s used to seeing piss sit around. But everything in me wanted to hold him by his neck and rub his face in it. What the fuck is wrong with you? I wanted to asked  through clenched teeth. But I at there. Looking at the cups. Fill of piss. Earlier that night, I had woken up and say them there. I wondered why they were full. I had just bought a brand new bottle of Apple juice so I thought to myself, I know this nigga didn’t pour two full cups of apple juice. When we officially woke up, and I asked him, “What is that?” he readily answered the question.
“I had to piss,” he said laughing.
“You couldn’t use the bathroom?”
“There was someone in there.”
“And you couldn’t wait?”
“I had to piss.”
“So you pee’d in my cups?”
“I had to piss.”
“And you left the shit there for me to wake up to? For me wake up to piss in my cups? Why would you pee in my cups?” I was trying to be nice. I needed to know. “I don’t know,” he said. Which is the stupidest shit a grown man could say. What the fuck do you mean ‘you don’t know’. That’s something a little kid says. “Why’d you jump off that tree, Billy.” “I don’t know, mom.” That I can expect. But then you can ground the kid. Put him on timeout.  Maybe even smack  ’em up a little if you’re into that (I encourage discipline, not abuse). Here was this grown as man behaving like a child. I had no choice but to treat him like one.
“Empty that shit out. I can’t have piss on my desk.” He got up and tired to balance the pissy cups to the bathroom sinks.
“In the kitchen. Under the sink. There’s a bottle of Fantastic. You gotta clean that shit up.”He did as told. Came back carelessly spraying it every which way.
“Be careful that’s bleach,” I barked at him. Listen. I wasn’t playing anymore. I didn’t want to be nice anymore. I needed to disinfect everything. I’m telling you. I even had to buy new cups. I couldn’t look at the cups as they sat in the sink. It was mean, but it was deserved. He told me once before that I tend to talk down to people –and for good fuckin reason. When I don’t, they urinate in my dish-ware.
What the fuck is wrong with him? No like… seriously. What kind of person pee’s in somebody’s cups? & not just somebody, a girl he’s dating. & we just started  dating. Is this what happens when you become a guy’s girlfriend. Watchout. This brotha needs to be put on a “DO NOT BRING HOME” list. I needed to know: How could this happen? What could posses him? I couldn’t wrap my head around it. & when I told my cousin about it, she couldn’t stop pointing out places he could have pee’d instead. The Pinesol bottle, she proposed. How about the window? I asked her. I have 3 and they all open. What’s next? Shit on my plates?
“I want you to tell your mother what you did,” I told him. He took it as a joke, but I was serious. I needed someone to be as upset at him as I was. As ashamed and disgusted. As embarrassed and appalled. He came back & said she just looked at him like he was crazy. That’s it? She didn’t say anything? She had no thoughts about how maybe she might have raised you better? Or is she aware that she didn’t? Is this okay to her?  Or is this shit you do all the time? What kind of man are you? What kind of woman is she? This is when I realized that not only do I not want anything to do with him, I don’t want anything to do with her either. Mothers matter, man. They matter more than you realize. And from this revelation, I noticed something else… I couldn’t ever be parents with him.
In layman’s terms, I don’t want his babies.
NEXT POST: Not My Baby Daddy