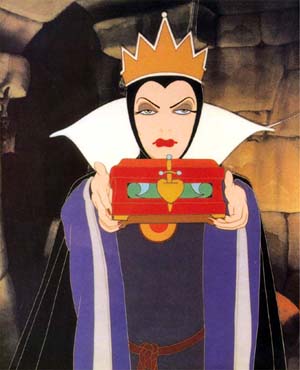 He has a 3-year-old daughter. Is that a deal breaker? I’ve never dated a guy with kids before. At least not seriously. Once, when I was about 17, I met a guy with kids… BOTH his “baby-mommas” (I HATE THAT TERM, btw) dropped BOTH the kids off. I sat in his bedroom, with the almost newborn in my arms as it cried and he went outside to serve a customer for way too long. I can’t even begin to explain how effed up of a situation this was. Needless to say, that ended really quickly. I love a Bad Boy, but I hate a bad father.
“Is he a good dad?” one of my friends asked.  I know this is an extremely important factor.  I don’t think any woman should entertain a relationship with man who isn’t taking care of his child. If he doesn’t take care of the one he already has, what makes you think he’d treat your (future) children any different? People are who they are. A man who doesn’t father/love his children doesn’t deserve anything or anyone.
But how do I know if he’s a good father? Because he showed me pictures of her? What does the baby’s mother say? Is her story different? If only I could find out. I wish there were a website that listed people and you know exactly everyone’s point of view. Like… a relationship resume. “Please list all the relationships you’ve had in the past 5 years.” This section would include a “Are you still in this relationship?” “May I contact this person” and “Reason for Leaving.” You can only tell so much from hearing one person’s side of the story.
Do I have to play step-mommy? Part of me feels like I’d have to. Granted, that child isn’t mine –and never will be– but if you’re going to be involved with someone, shouldn’t you also accept that person’s child? Shouldn’t you be willing to hang with the drooling little thing and care for it as if it’s your’s, even if that’s only once a month? I’ve told my friends before “If he doesn’t love your kid, he doesn’t love you.” Should I act this same way? Should I try to accept his daughter if I want to pursue him? I really can’t be like ‘fuck her’ can I? Then again, that kid aint  mine. Meanwhile, I was trying my hardest to envision myself caring for the little girl. I dont know what to do with a kid. I’d take her to get her little nails done. Maybe shoe shop together? I like the zoo. I don’t know what it means to be involved with a man with children… But as I told Carl, I’ll do whatever he wants me to do –with his credit card. I ain’t supporting no seed that ain’t mine. “I’ll buy her some McDonald’s,” I told Carl. But that kid ain’t mine. Let’s make that clear. I’m not tryin to be Cruela Devil out here but… I have to lay down ground rules.
I want my own children. Will he be as enthused about my having a child as he was with her? Or will be it a “this again?” type of experience for him? Is it better to have someone by your side who’sbeen there before or should we both be scared shitless? Do I want to be with someone who already has already experienced the beauty of childbirth with someone else? Someone who is connected for life to someone else?
Then the “Baby Momma” is a whole other issue. How does she really feel? Does she still want him? What if she doesn’t like me? That’s drama I don’t need. Is that something I’d be ready to deal with? All the women I’ve met who aren’t with their child’s father still claim to be able to sleep with that man if they so chose. Is it true? Can the Baby Momz always get her man back if she wants him? Cuz that is not something I can deal with.
I guess we all have to make the decision from the beginning: Will you date someone who has a child? If you say yes, there are questions you need to ask yourself. You need to be upfront about what you can and cannot deal with. As for me… like Carl said –this might be a learning experience. I typically don’t. But should I “hold it against him” if he has a child? It doesn’t seem right. Children are innocent. But then again, I shouldn’t keep dating him, without having the little girl in mind. “Children are precious,” Carl said. I couldn’t agree more. That’s why this is going to take a whole lot of thought….
Stay tuned, y’all.